This week, Compound Finance, a leading defi application that matches borrowers and lenders, completed their move to decentralize their protocol. Specifically, the team began distribution of their new COMP token and fully open-sourced their codebase. Holders of COMP have the ability to vote on protocol changes on Compound or the right delegate their voting power to other Compound users. In this way, Compound Labs the company has completely given up control over the governance of the Compound protocol.

Now that COMP holders have all the governance power, how were they distributed?

2,396,307 COMP was distributed to the shareholders of Compound Labs, INC. Compound Labs was the company behind Compound, which had raised $33.2 million to date. In fact, as recently as November 2019, Compound Labs raised $25 million in a Series A round solely consisting of Andreesen Horowitz. Thus, Andreesen Horowitz was the primary recipient of this approximately 2.4 million COMP, in addition to a few other shareholders. There seems to be no vesting schedule for the COMP investors received.

2,226,037 COMP was allocated to the founders and the team that built the Compound protocol. This allocation of COMP will be subject to a 4-year vesting term.

775,000 COMP is reserved for the community to advance governance through other means, which will be further explained at a later date.

So, as a user of Compound, how can I participate in these rewards? 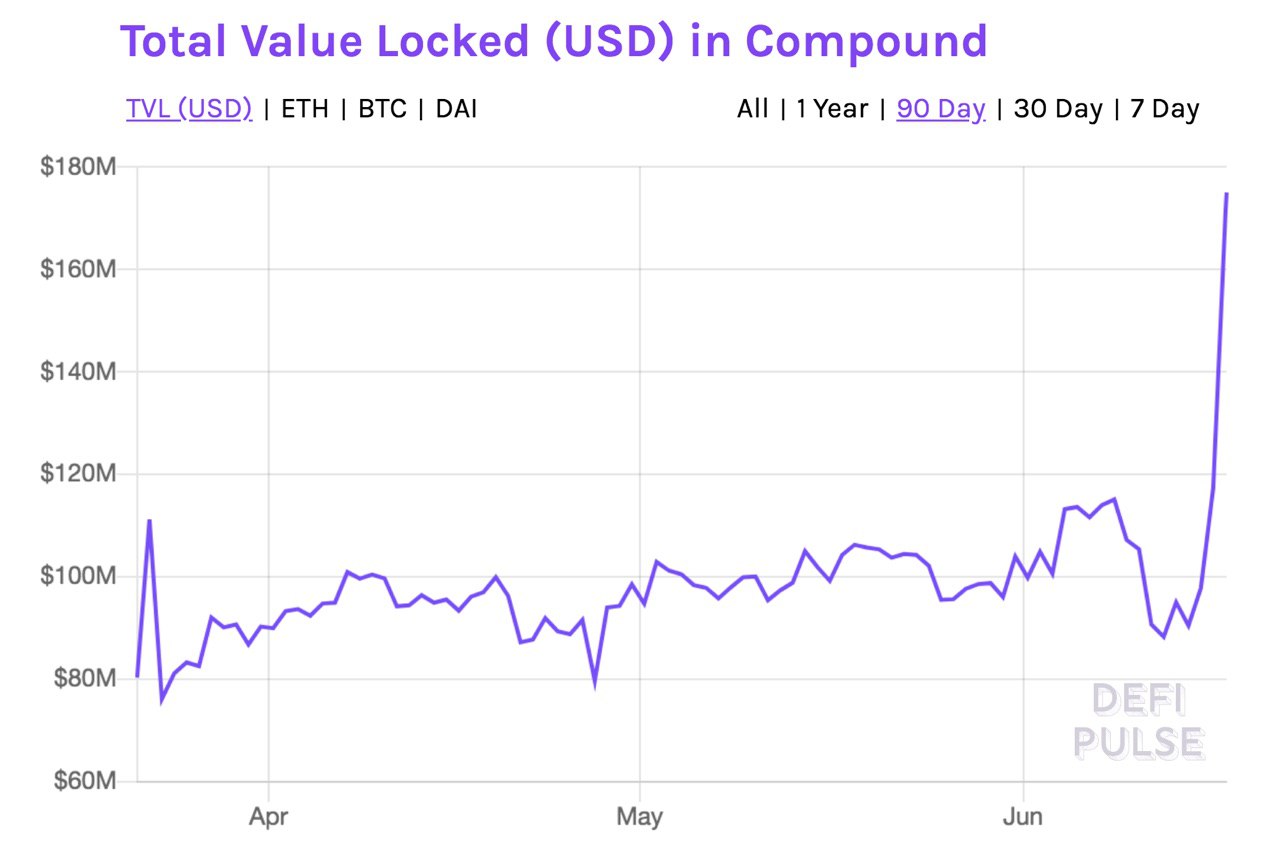 This distribution effectively incentivizes lending and borrowing activity to occur on Compound. In fact, the amount of digital assets utilized on Compound in USD terms skyrocketed over the past few days, increasing by multiples and propelling Compound towards the #2 spot among defi apps. More than $160 million worth of assets are locked up in Compound right now because lenders realized they will earn COMP based on the amount they lend Clearly, liquidity mining increased demand for using the Compound protocol. 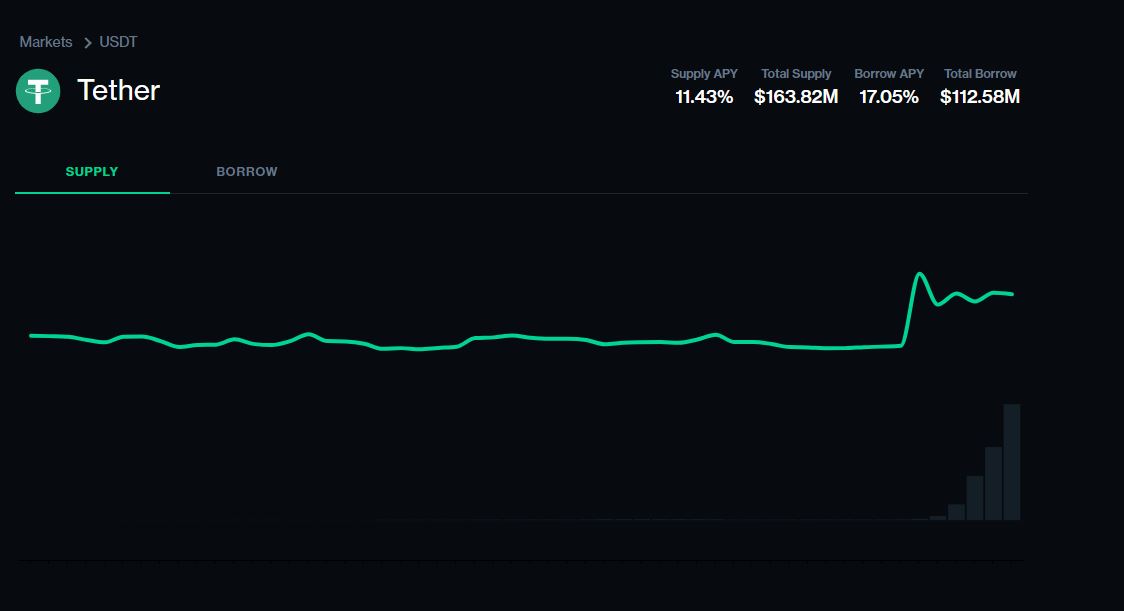 Along with accelerating demand for utilizing Compound, this distribution model has also created some serious market inefficiencies. For example, if the net amount of COMP one earns from borrowing on Compound is worth more than the interest paid, you would effectively getting paid to borrow! Already, people have taken advantage of this scenario by borrowing large amounts of USDT in order to earn COMP. Of course, this borrowing has drastically shifted the interest rate applied to the USDT market on Compound. In fact, the going rate is 11.43% APY by lending USDT on Compound.

COMP was only released to one liquidity provider platform, Uniswap, which is a leading decentralized exchange. The limited circulating supply of COMP, and demand for having exposure to one of the leading defi applications, shot the price of COMP to $120, making the protocol the most valuable defi protocol by fully diluted market cap. Since the initial rocket up, COMP has fallen almost by 50% and is now priced at $61.12.

It will be interesting to see if regulators accept this COMP distribution as not being an illegal security offering. While there was no ICO, investors in Compound Labs still received COMP tokens for their investment. Furthermore, regulators will have to acknowledge that Compound is now sufficiently decentralized for them deem the token compliant.

I am neither a lawyer nor regulator, but I personally find this innovative distribution allows the protocol to be sufficiently decentralized in governance.