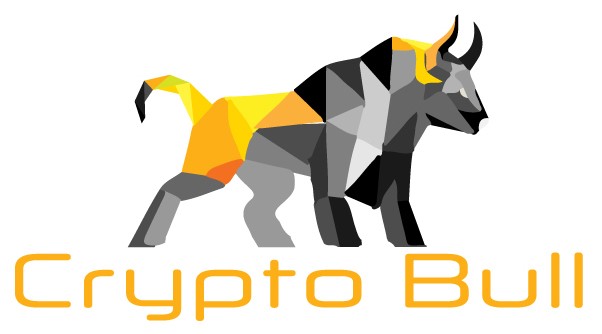 There have been some massively bullish events that happened in crypto recently. From legendary hedge fund managers to correlation changes to inflation reductions, this past week has been an exciting one for crypto enthusiasts. 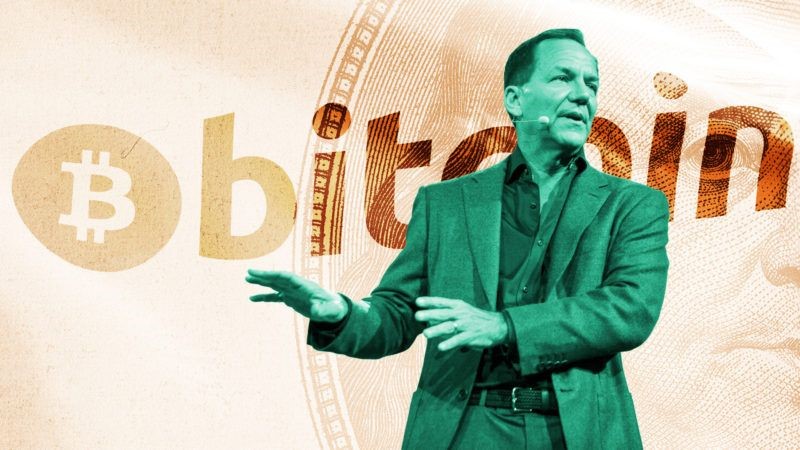 Legendary macro manager, Paul Tudor Jones, this week announced that he has allocated 1 – 2% of his net worth into bitcoin. At an estimated net worth of $5.1 billion, some simple math displays that Jones has invested up to $102 million in bitcoin.

One of the largest impediments to Wall Street adoption of crypto has been the reputational risk associated with investing in bitcoin. Many family offices, pension funds, traditional hedge funds, and endowments have refused to enter crypto because the managers of those entities have been concerned that they may lose their jobs for even allocating 1% of the assets they manage towards bitcoin.

From a fiduciary point of view, I find this perspective completely irrational. However, from a professional angle, I understand where these money managers who work at institutions allocating capital are coming from. I have personally even experienced losing a job opportunity on Wall Street because I pitched digital assets. There is some serious sentiment that crypto and its investors are crazy!

This reality is why Paul Tudor Jones investing in crypto is so meaningful. If one of the most legendary fund managers of all time is now willing to invest in this asset class, other allocators might now have more political cover when advocating for investing in bitcoin. Other funds and allocators will likely follow Paul Tudor Jones’ example, which would mean further adoption of the asset class.

Correlation between S&P 500 and BTC starting to falter 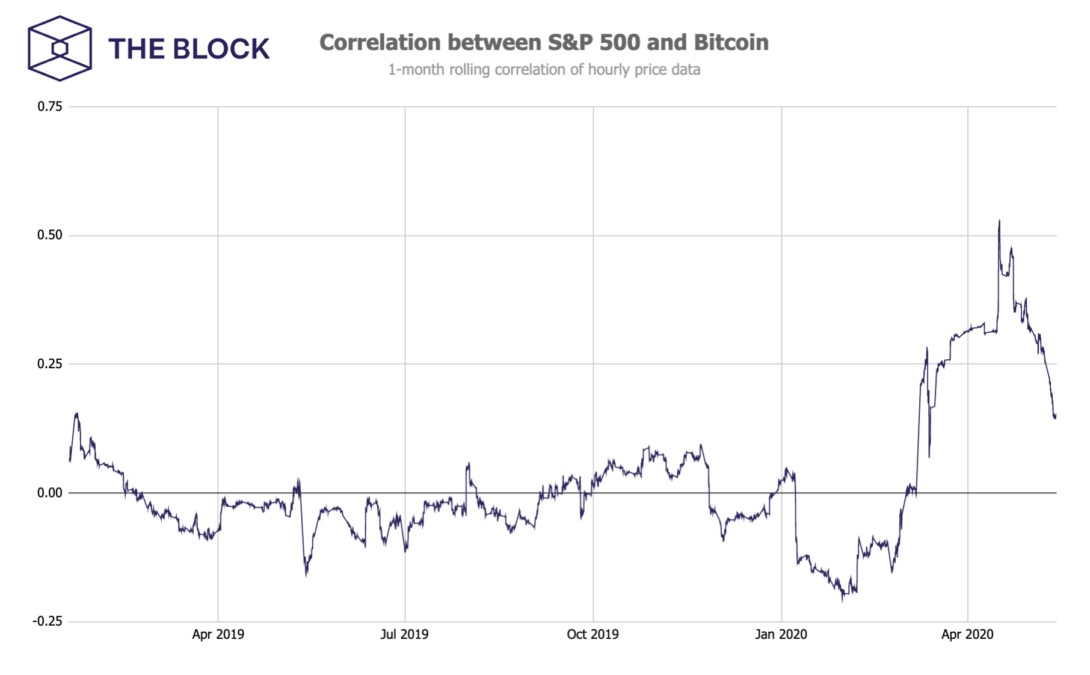 The second bullish event is a change in trend of BTC’s correlation with the S&P 500. Recently, BTC has begun to move independently from the S&P 500. Note that correlations between BTC and the S&P 500 reached an all-time high of over .5 in the past months. Now, the correlation has dropped to .15.

While it is still too early to tell if BTC is truly decoupling from S&P 500 for the longer term, recent independent moves are a positive indicator. 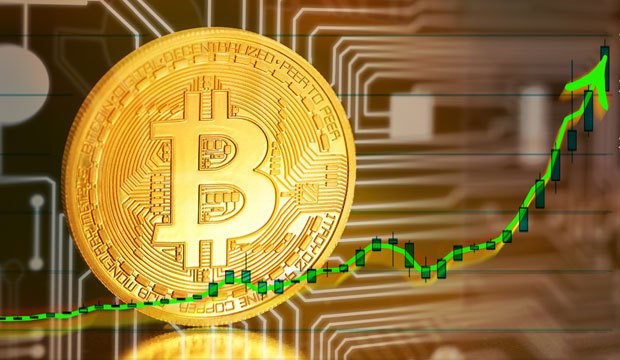 In the last week, we have seen the S&P 500 lose value while BTC gains value. If this correlation continues to break, and especially if BTC continues to go up in value as the S&P 500 goes down (which I predicted would be the outcome for this recession post liquidity crisis) there will be a surge of new people allocating towards crypto solely because it will be one of if not the only asset class that is performing well. Furthermore, validity will be added to the narrative that BTC is a store of value if it continues to dramatically outperform the S&P 500 during the recession. 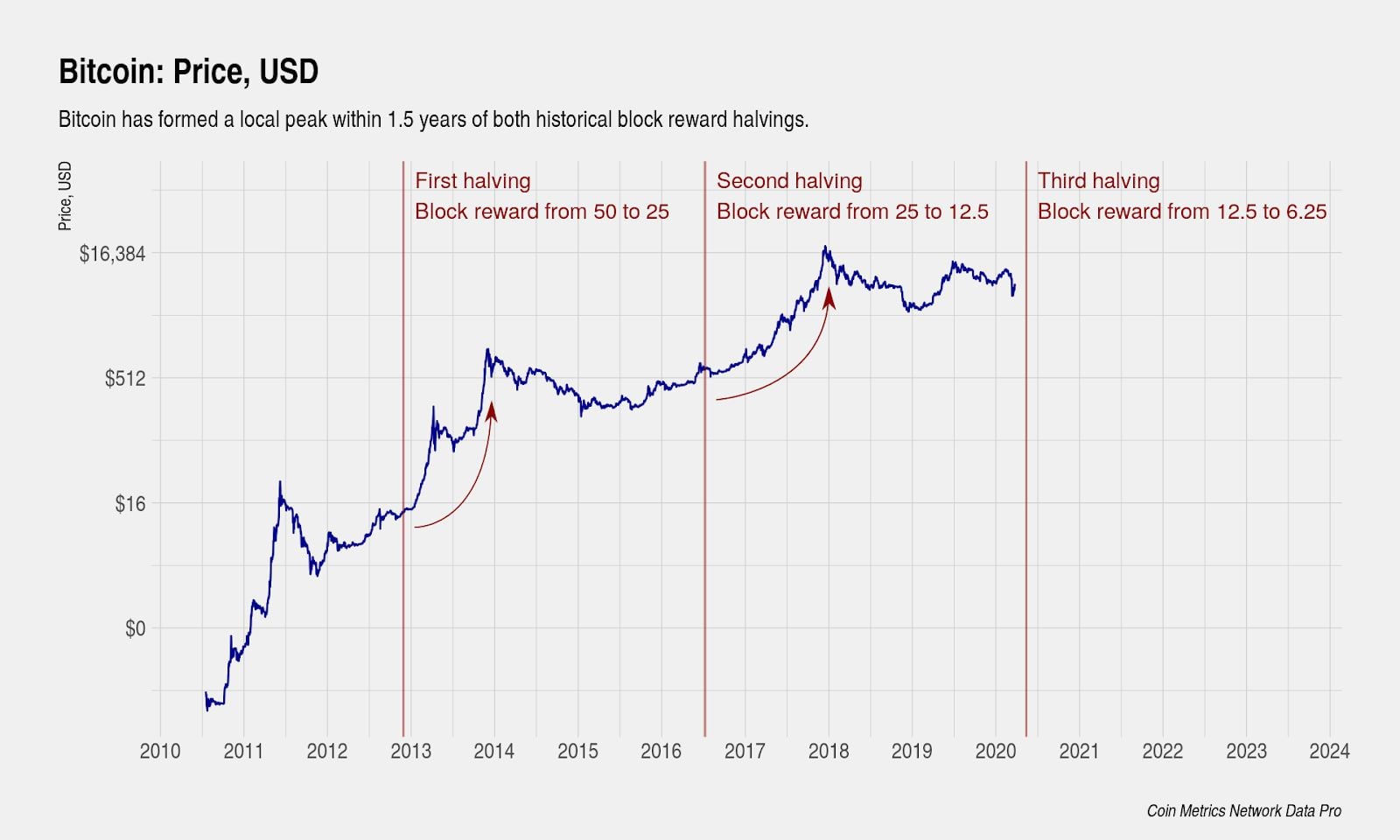 While the event was widely known about in crypto circles, there was a significant increase in mainstream media attention and Google searches because of the halving. Newfound attention means an increase in the likelihood of adoption for any relatively new technology such as Bitcoin, and adoption for Bitcoin comes in the form of buying the asset.