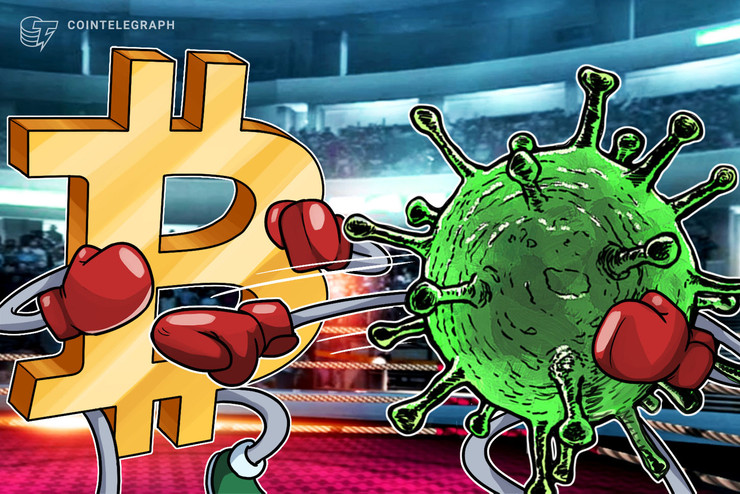 Worst single day for crypto ever

March 12th is a day that crypto traders will never forget. Signs of a wounded market were everywhere; BTC dropped from roughly $7,700 to $4,000 in a single day, a fall of 48%. Altcoins fell even more dramatically. ETH experienced its largest single day drop ever. Volumes across exchanges reached record levels, surpassing even the volumes during the euphoria of December 2017. BitMex, the #1 derivatives trading platform in crypto, had to shut down for maintenance likely because of the market insanity.

Who started the sell off

On-chain analysis displays that the selloff was initially driven by recent buyers, as 281k BTC that had previously been left untouched for 30 days were moved on March 11th. However, in contrast, only 4,131 BTC that hadn’t been touched for over one year were moved on March 11th. Since movement can indicate selling activity, as one must move BTC from their personal wallets to an exchange in order to liquidate, we can infer from this data that recent buyers most likely caused the initial price sell off.

Additionally, considering that more people on Coinbase, a retail trading platform, according to their data were buying than selling, one could assume that the initial sell off was most likely driven by institutions who had recently bought BTC. These findings in the data are consistent with what I discussed in last week’s Crypto Chronicles, where I posited the recent draw downs in the crypto market were as a result of large institutions offloading their risk.

What is also interesting about the most recent sell-off of BTC is that it occurred in tandem with all other major asset classes. This past week’s downward movement was the beginning of the market pricing in the effect of COVID-19 spreading in an already fragile US economy. BTC achieved a.52 Pearson correlation with the S&P 500 on March 12th and has acted as a higher beta version of the index, something I did not foresee. The correlation between BTC and the S&P 500 is the highest it has ever been. As we have seen historically with other store of value assets like gold during the outsets of panic, I understand now that during times of crises, all assets initially sell off together.

Where do we go from here

Industry luminaries such as Mike Novogratz currently claim that the recent market movement will put the industry back by 12 – 18 months. Others decided to scoop up assets at these low prices.

Personally, though I am incredibly bullish that digital assets will emerge from this carnage faster and stronger than other asset classes, I think market activity will continue to sour in the immediate future. Market participants still do not understand the havoc that will be wrecked by COVID-19.

Obscene numbers of deaths, pictures of overcrowded hospitals, and mass quarantines will become the norm. Businesses will be forced to shut down for prolonged periods of time, and our entire economy will change dramatically in order to cope with this virus. Considering corporate debt is at an all-time high and is of lower quality as compared to past cycles, there is no way we are close to the end of this crisis. The coronavirus causes both a supply and demand shock; these shocks will ravage the economy. The federal reserve might be able to delay this crisis by purchasing toxic corporate debt, but then the federal reserve itself will end up being the one at risk in the future.

Until we exit the initial shock phase of this crisis, which I very much still believe we are in, I expect all asset classes to continue their sell-off. Once the new reality of our economic situation settles in, I believe digital assets will experience a bull market unlike any other.

Decentralized networks are built to thrive in chaotic environments. While people will flee to stores of value like gold and Bitcoin, other networks will also have their moment to shine since they are an alternate way of organizing people to produce economic value outside of the traditional corporate model. The traditional corporate model, which is beleaguered by debt and largely relies on people congregating in offices, will come under extreme duress as the coronavirus spreads.

New ways to incentivize people to contribute economic value will emerge from this crisis, and many of the solutions will utilize blockchain technology. While liquidity demands might yield more selling of crypto in the short term, I do not see a better medium to long term investment opportunity.