C-C #78: Will the ProgPoW Conflict be the end of Ethereum? 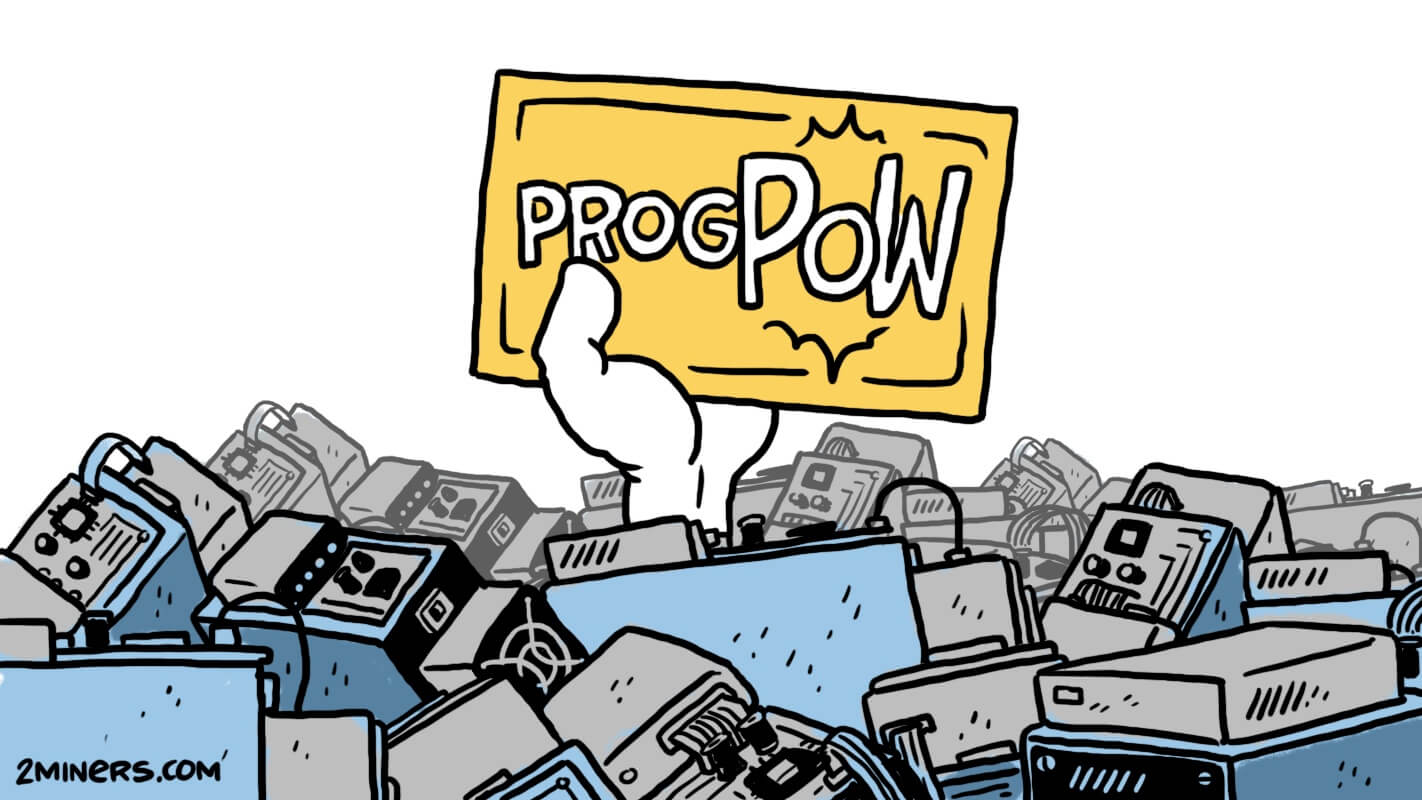 For weeks, the Ethereum community has been mired in a heated conflict: whether to implement ProgPoW or not. ProgPoW stands for Programmatic Proof of Work, and Ethereum developers plan to implement ProgPoW in July of this year. Implementing ProgPoW on Ethereum would alter the consensus algorithm on the network so ASIC resistance would increase.

For those who are unfamiliar or need a refresher, ASICs are one type of chip that can be used to mine digital assets, such as BTC and ETH. ASICs are expensive pieces of hardware that are traditionally out of reach for retail miners, who often opt for cheaper chips such as GPUs.

As the mining industries for Bitcoin and Ethereum have matured, large mining pools have amalgamated a significant amount of hash power that is primarily coming from the most powerful chips on the market, ASICs. Implementing ProgPoW reduces the gap in efficiency between ASICs and GPUs, and thus increases the ability for retail miners to utilize GPUs in order to mine ETH.

In effect, the implementation of ProgPoW seriously reduces the power of established mining pools that operate as large-scale businesses and gives more power to the average Joe who wants to mine ETH in a spare room at home.

Why the ProgPoW conflict could lead to a hard fork

However, there are other reasons why Ethereum community members are discussing the implementation of ProgPoW. Many community members worry that miners won’t embrace Ethereum’s switch from proof of work to proof of stake, which should initially begin in 2020. Who can blame them?

The switch to proof of stake will effectively render millions of dollars’ worth of mining gear worthless since the switch to proof of stake will mean that block rewards will be allocated based on how much ETH one stakes instead of being allocated based on what entities have the most hash power from ASICs. This change would ensure that all the mining pools that have been effectively earning income through block rewards on Ethereum would see a complete shift in their business model.

Some community members posit that implementing ProgPoW decreases the chance of a contentious hard fork when Ethereum’s consensus algorithm switches from proof of work to proof of stake. Their argument is centered around the concept that ProgPoW effectively decreases the hash power of established mining pools. As a result, these mining pools will have less power in deciding whether Ethereum should be hard forked when proof of stake is implemented.

Yet other Ethereum community members believe that if ProgPoW is implemented, miners will hard fork the chain prior to the proposal’s execution. The logic here is sound: why would established businesses accept a proposal that renders their fixed assets (i.e. their ASICs) useless?

Many executives of  leading Ethereum based projects, including Uniswap, MolochDAO, and Cosensys, have signed a petition that advocates for not implementing ProgPoW. Other Ethereum experts, such as Matteo Leibowitz of The Block and Andrew Keys of Darma Capital, have also signed the petition.

While I have no horse in the race, as I currently have no significant allocation in ETH, this conflict crystallizes a key issue with Ethereum. Currently, there is no formal governance process. Right now, you have a group of leaders begging the core developers of Ethereum to not implement a change to the protocol that the developers have a desire to integrate.

There is no formal voting process, nor is there an effective way for participants in the Ethereum ecosystem to voice their displeasure beyond signing this petition, an issue I have spoken about in prior newsletters. The core developers of Ethereum are effectively an oligarchy that unilaterally makes decisions that dramatically affect the entire network.

Until these networks come up with comprehensive representative governance structures, heated debates, such as the one about ProgPoW, pose serious risks in leading to contentious hard forks. A contentious hard fork that has split support would be catastrophic for Ethereum at this stage, as other competitive smart contract platforms are rapidly developing and seek to overtake Ethereum as the platform of choice for developers.